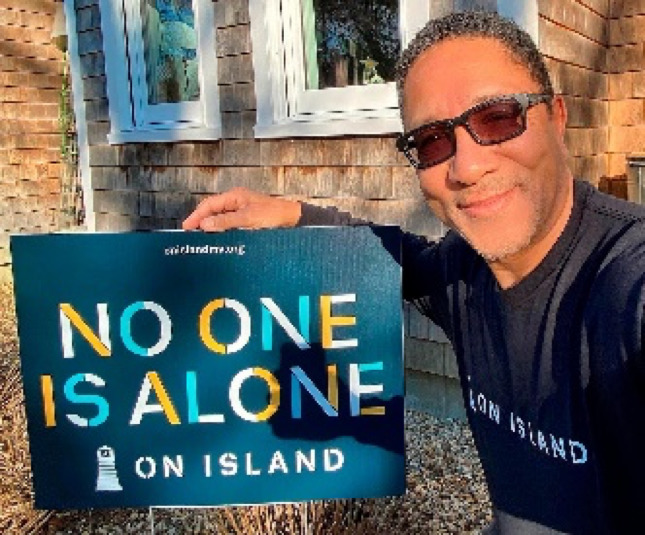 This is the next in our series of blogs by guest authors.  This blog tells the story of a drug and alcohol prevention campaign on Martha’s Vineyard.

Contrary to popular belief, daily life on Martha’s Vineyard brings unique social, economic, and emotional challenges for year-round Island residents, including the all-too-prevalent misuse of alcohol and other addictive substances. It estimated that more than 1,500 island residents over 12 years of age (10+%) meet the clinical criteria for substance dependency.* By any measure or estimate, at least 2/3 of Island residents with this diagnosable and treatable medical condition are untreated. The reasons vary from stigma to ‘willingness and readiness’ to seek treatment, to insurance and payment, access, and service availability barriers.

In 2018 the Martha’s Vineyard Substance Use Disorder coalition began looking at how the Island community could shift from an all too common attitude of permissive use of alcohol and drugs to one of responsible use.  To assist in this ambitious undertaking, the coalition researched a number of marketing agencies until ultimately engaging The Public Good Projects (PGP), a nationally recognized nonprofit public health organization specializing in large-scale behavior change campaigns and initiatives.

The following spring of 2019, the coalition was awarded a Tower Foundation Community Change grant, with Martha’s Vineyard Community Services  — a health, education and human services organization on the Island — serving as fiscal agent. The goal of the initiative was to build a community-led response to reduce substance misuse and de-stigmatize addiction, as well as prevent or delay first use among island youth. With in-kind matching funds from PGP, the initiative was underway.

A multi-year scope of work (for a visual, check out this timeline) was built upon PGP’s Collective Impact approach – an intentional way of working together alongside the coalition and community members in order to reflect a nuanced understanding of the Island and its context.

The first phase of formative research kicked off in March of 2020 and involved PGP’s public health researchers visiting the Island to lead in-depth interviews with key stakeholders and focus groups with community members. Key themes and insights drawn from these interviews and focus groups provided the context for an Island-wide community health survey designed to examine knowledge, attitudes, beliefs and behaviors toward various substances.

The survey results confirmed that Island residents have a deep sense of community pride; supporting each other and relying on one another during times of need and hardship. PGP noted that “while this contributes to a widely held perception of a tight-knit community, it may also contribute to a misperception of risk.”

Some survey participants felt the “safety bubble” of Island life leads to high rates of driving under the influence. While generally viewed as a positive trait, the interconnected relationships Islanders have with one another was also perceived to create challenges for those in recovery from a substance use disorder. In a place where it seems as if everybody knows everybody else’s business, fear of gossip and stigmatization can present a challenge to successful recovery.

After the survey data was analyzed, the coalition, PGP, and PGP’s sister creative agency Straight To Tell, began work filming the full-length award-winning documentary On Island using local voices to shed light on the unique challenges faced by year-round residents. On two separate occasions (February 2020 and March 2020) the Straight to Tell film crew visited the Island for two week stints to gather over 60 hours of footage. The second trip was not included in the original scope of work but was instrumental to the film given the effect the COVID-19 pandemic had on substance use – which the film covers in detail.

By sharing personal experiences, the film seeks to de-stigmatize addiction by spreading awareness, giving a voice to those affected, directing to available resources, and inspiring others to help. Straight to Tell’s filmmakers used a structured community engagement approach to present the story of substance use through the lens of those who live on Island year-round. The film premiered with a virtual screening and panel that drew in more than 150 attendees. The following day, the film was released to the public and has had over 8,000 views to date.

In addition to the film, PGP created a branded campaign including a full, professionally produced website explaining substance use on the island, giving context to community social norms, directing to local resources, highlighting the survey and interview data, and showcasing the documentary PGP also created On Island branded yard signs, bumper stickers and t-shirts were available to support the community-wide movement.

As the film captures – since the onset of the COVID-19 pandemic, the Island has seen an increase in relapses and overdoses. For those already struggling with the stigma of addiction, it’s been especially difficult. The pandemic has contributed to higher levels of substance use due to isolation, disconnection, and economic instability for many. There have been significant increases across mental health and substance use relapses since the onset of COVID-19. This only underscores the importance of prevention and intervention to address this growing issue in our community.

The Tower Foundation and in-kind funding from the Public Good Projects has helped the coalition accomplish what we set out to do for the first phase of this work. The next phase of work (Phase II) is a sustained effort that will largely involve a Health Behavior Change Campaign focused on changing knowledge, attitudes, and behaviors around substance use. To achieve the next set of goals in this initiative, this effort must be sustained over at least two years. Practically this means resources are needed to track data, add influential people, adapt messages, and monitor results throughout the effort. Elements of this behavior change campaign include:

Raising the remaining funds to complete the Health Behavior Change Campaign and ensure sustainability of efforts will include support from a network of partners including foundations, local community institutions, individual committed donors, and community wide institutional support. A successful campaign has the potential to create a lasting impact on the Island community for years to come – and is viable to be translated and replicated in other rural communities – making its impact even more notable.  A video conversation with Joe Smyser, CEO of PGP and Laurel Redington, local radio host and Community Outreach Director of MVYRADIO provides additional context around the future goals of On Island.

We’ll leave you with a poignant quote from the On Island film that fittingly encapsulates our mission and drives home our vision:

“Life on Island can seem lonely. A delicate landmass surrounded by a harsh abyss of ocean. The Island is the individual, floating, separated from all others by the impassable reality of human subjectivity. The tide perpetually eats away at the edges of the earth, the terror of loneliness and isolation forever encroaching on the inner self. But this is a contradiction. No one is alone On Island. Instead they are drawn together by nature, forced closer by their shared circumstances, the multitudes of each individual unified by the land on which they stand. There is hope that the Island is a microcosm of what we can achieve on the mainland. That despite geography, any community can band together and find those that need support and love from their neighbors. There is hope that we can cross this ocean that separates us from one another.”